Adventure Zones are the regions of Faerûn where most of the combat and questing takes place for earning Neverwinter Astral Diamonds. Adventure Zones are further broken down into of neighborhoods and instances, or non-persistent zones. 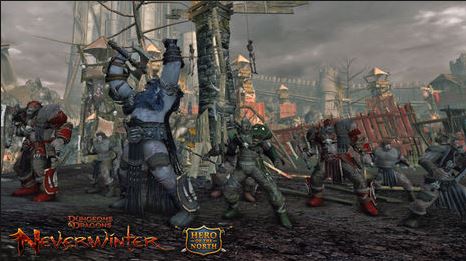 Adventure zones are persistent, meaning that separate instances of the zone are not created for each individual group. In this context, an instance refers to a single active copy of a zone instead of just referring to a non-persistent zone. As long as there are few enough player characters in the zone, all characters in the zone share the same instance. If too many characters enter the same zone, another instance, of the zone is created to prevent the large number of characters from impacting game performance.

In earning Neverwinter Astral Diamonds you can rely on the Protector’s Enclave ruled by Lord Neverember. It is one of the most productive ways to earn Neverwinter diamonds and it can give you enough production rates. The rewards are inside the range of 1000-4000 Rough Astral Diamonds per quest. In addition once you are level 60 you can get a random daily quest from Lord Neverember – this one will reward double the amount of rough diamonds as compared to the equivalent quest from Rhix.

The region consists of many nobles who did not leave the Neverwinter city even during Cataclysm. However, open opposition to Lord Neverember – as much as calling him Lord Pretender is not possible due to tight grip of General Sabine’s Mintarn Mercenaries. The ‘soft’ faction of Sons of Alagondar – the Graycloaks, works subtly in this region. Their base of operations is a secret meeting place somewhere in Driftwood Tavern.

After you worked hard with these adventure zones there are times that your are very productive and your collection of Neverwinter Astral Diamonds are enough for your character. In case that you’re running short with diamonds, you can check out this marketplace and you might get a great deal of Neverwinter Astral Diamonds. Other players are also checking it as they venture in the game.