In collecting STO Credits you can choose any ship you wanted to but it will depend on the tier you are in. In Commander Tier 4 level Warbird, you can unlock the D’ridthau Warbird Battle Cruiser. This star ship is named after the I.R.W. D’ridthau, the Romulan flag ship during the Battle of Cardassia. Check out the details below about this Star Ship. 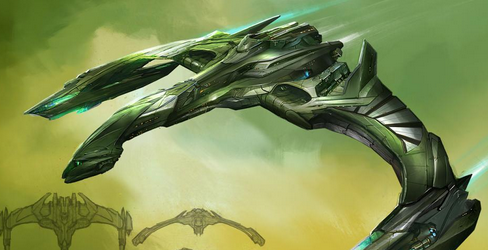 The D’ridthau War bird Battle Cruiser can be purchased from the Cryptic store for one thousand five hundred Zen (1,500 Zen) as part of the Expansion Legacy Pack. The D’ridthau War bird battle cruiser is equipped with a Console which has the name of Universal Molecular Phase Inverter Console. If this module is activated, It increases defense and damage resistance and it can allow the ship to pass through other ships. In addition it can give bonus speed and turn rate in to the star ship. The ship’s cloaking device can still be used while this console is still active.

Performance of the D’ridthau in collecting STO Credits

This Star ship takes the versatility of the D’deridex and adds to it. An extra Engineering console adds more defensive abilities to the ship’s power. This ship’s molecular phase inverter is also useful, allowing the player to considerably augment their defensive potential and maneuverability.