The history of Kurn’s Tower is a convoluted one. The tower is named after Kurn Machta, a warlord of the Sebilisian Empire during Rile’s reign. Rile’s son, Atrebe, performed many experiments on various creatures within Kurn’s Tower, eventually resulting in the creation of the Sarnak race. Now, however, the remains of the temple are haunted by the creatures destroyed in those experiments, and the burynai are using their necromantic powers to slowly reclaim the Tower. 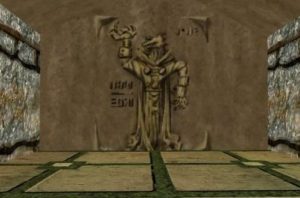 This zone is filled from top to bottom with undead. These undead are also highly aggressive, regardless of your level, so travelling freely between areas is not really possible. Expect to be jumped by every skeleton you pass, and the skeletons are occasionally on patrol. Obviously, you need to be prepared to deal with this problem for better farming of EverQuest Platinum.

On the lower levels, the undead are mixed in with burynai that are often of the necromancer or shadowknight classes. These burynai cast all of the available necromancer spells and can Harm Touch you, but are not as aggressive as the undead. There are many areas, however, where there are many of them closely packed together.

The other danger is in moving between the lower levels. To move from the basement to the catacombs requires a drop through one of two very deep holes. Once in the catacombs, the only way out is through an exit that leads you to the Field of Bone outside. Having levitation or lots of hit points around is useful for these drops.

EverQuest Platinum Rewards in the Zone

Kurn’s Tower is an excellent step up for the Iksar from Cabilis who are hunting in the Field of Bone. As far as hunting goes, the zone is a relatively safe area to hunt. Most of the monsters spawn in predictable spots away from other monsters. They can be pulled easily and, since they are mostly undead, you don’t need to worry about runners when farming for EverQuest Platinum. This makes hunting either solo or in a small group fairly easy to do. Trains are very rare here, and if they exist consist of maybe one or two skeletons that the poor person simply couldn’t finish off.