The Crypt of Dalnir is the hidden burial tomb of Dalnir where EverQuest Platinum can be farmed, the ancient Haggle Baron of the City of Cabilis. Recently, however, the Kly have taken over the tomb and expanded it for their own, currently unknown, purposes. The poor creatures that have fallen under their sway protect the upper floors while they continue their experiments in the tunnels below. 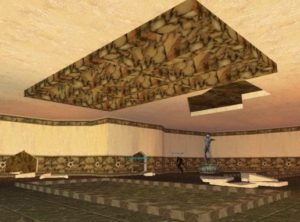 Venturing Below the Tunnels for EverQuest Platinum

Dalnir has several different, unique dangers that can only be found here, largely because of the unique creatures that are found here. First of all, many of the creatures are only occasionally aggressive, and this applies to the nibblers and the goo’s. These are more commonly not aggressive, but it’s always safer to assume that they will attack than not. The coerced and the Kly are uniformly aggressive to all who enter. Both the coerced and the Kly have powerful spellcasters among their ranks, especially the Kly who have many wizard types among them. The coerced count shamans, magicians, necromancers, shadow knights, and clerics among them. The number of creatures in any area here is very high, so crowd control or a large group are essential to doing well.

One of the dangers in this zone is that the levels are separated by pits. The amount of damage that you can take from falling in one of these pits won’t kill most people capable of hunting here, but the fact that there are typically aggressive creatures hanging around the landing area make the thought of freefalling less appealing.

Third are the few exits that are available. Although this dungeon for hunting EverQuest Platinum is small and could be considered by some to have a rather large number of relatively easy exits, for all the exits you have to pass by many aggressive creatures while winding your way through twisting corridors to the zone out spot. The third floor is especially dangerous since you have to pass through the toughest monsters in the zone to reach the zone exit, which isn’t something that I recommend with little life to spare.