Having doubts about your troops’ composition and attacking strategy on your clash of clans account? Or thinking about a new strategy to farm resources or simply to gain more trophies, then here are guides about different kinds of attacking strategies and combination that will surely siege the enemy’s a big time.

Whether you are farming resources or collecting trophies, estimation and analysis are very important. It’s the first thing a COC player should do when attacking. If you are raiding for resources ask these questions to yourself: are the gold and elixir stash within my reach? How complex the defense? Am I going to all in? If you are aiming for trophies, then your target is the enemy’s town hall, because town hall instantly gives you one star after destroying it. 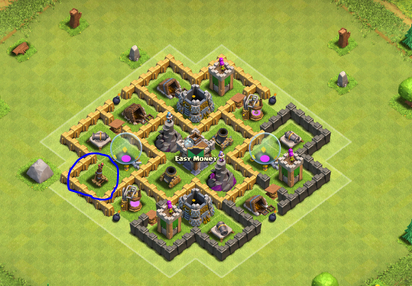 Balloons can easily destroy an exposed air defense. If the enemy’s air defenses are well protected such as this: 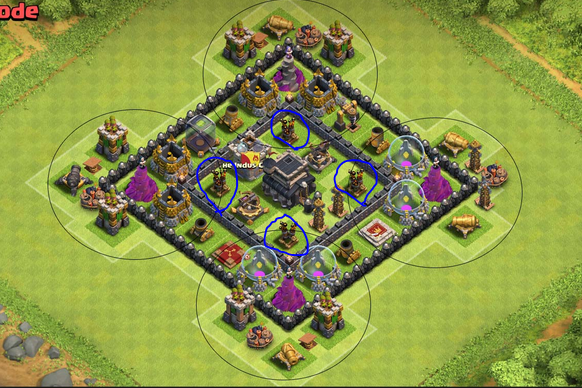 Don’t even try to attack it using balloons. There is an effective guide for that kind of defense.

Use your ground units to divert the archer towers and other towers that potentially attack air and ground units, so that your balloons will be able to make its way through air defenses smoothly.

When dropping ground units, keep in mind to always spread them. Don’t clump them up, they become vulnerable to Area of Effect towers such as: mortars.

Some players buy clash of clans account and re-modified its base. An inexperienced player modifying a high level base will be very vulnerable. This method is pretty much a sure base obliteration when used against common bases arrangement.

Use 2 lightning spells on the enemy’s mortar, because mortar is the weakness of clumped troops due to its area of effect damage. Use wall breakers to breach the walls that cover the wizard tower and deploy the giants from where you deployed the wall breakers. And spread your 80+ barbarians near storage and town halls.