The game dev’s been thinking about Stronghold progression lately — looking at Stronghold data and, of course, just playing on the live servers in various guilds. They’ve decided it’s time to make it a little easier for guilds to increase their Guild Level. 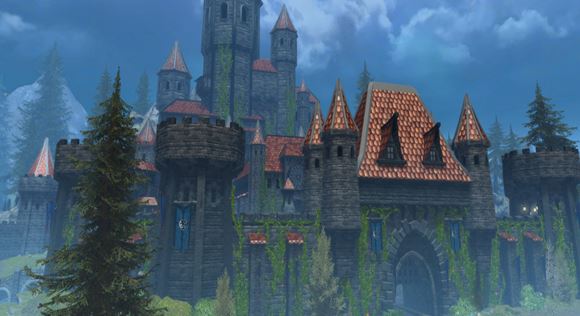 They wanted a system that would keep players engaged for a while. They knew it would be painful to raise prices after the fact, so they went in conservatively, with the plan of re-evaluating the costs. They always wanted everyone to be able to participate and to make progress — sure, small guilds will be behind big ones, but every guild should be able to make some progress, and hopefully get some cool stuff.

Guilds were having trouble with Neverwinter Astral Diamonds, Labor, Gems, Surplus Equipment, and the Feywild and Tyranny of Dragons campaign currencies.

Neverwinter Astral diamonds were the biggest problem, because they made a mistake. They wanted guild projects to have a “call to arms” feel, “The guild needs Feywild marks! Everyone go to the Feywild!” And that’s a fine idea in general. But every player needs AD, all the time, for all kinds of things. It’s not fair to ask a player, especially one in a smaller, more casual guild, to donate all the AD they earn to the guild.

In general, they tackled our Stronghold AD costs in three ways. The first is by outright cost reductions. The second is by increasing the Guild Mark earns for a few currencies where it seemed low. The third was through the profession system. They’ve created a number of new profession tasks that let crafters make “crates”: bundles of items that can be given to the guild coffers all at once.