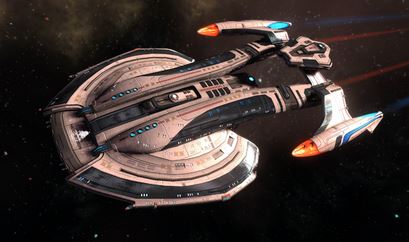 Peeking Inside the Ships for STO Credit

All three of these new Tier 6 starships come equipped with a Destabilized Tachyon Emitters universal console. When activated, this console will emit a devastating burst of tachyon radiation that will deal instant heavy shield damage to foes with 5km. Affected foes will also suffer shield damage over time and have their shield hardness reduced for a short time.

Costumes for the Ships of STO Credit Hunters