The Neverwinter Dev’s have release an update for the Guardian Fighter Class as Neverwinter Gold hunter. Their damage and their group utility. For their damage, we were concerned that they were too low on the sustained side of things and too high on the burst side. As for their group utility, they were very desired by high-end groups, but primarily because of one overpowered buff – Into the Fray. 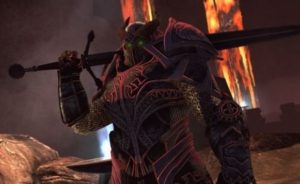 Into the Fray Skill Update to earn Neverwinter Gold

Into the Fray was a problem for a few reasons. Providing a buff that could be kept up virtually indefinitely that could grant your entire party well over a 100% increase in damage is a concern all on its own. That buff being provided by stating defensively, allowing you to still have incredible survivability, while turning those stats into a massive damage boost, was also not great. There’s really no great way to say it – this power needed a nerf.

This is still very powerful – 30% more damage for your entire party (at max rank) is a great ability. However, it won’t completely trivialize most of the end-game. This change also removes the need to focus entirely on Damage Resistance, allowing you to branch out a bit more and spread your stats around a bit more.

To a lesser extent, we found that Tide of Iron was in a similar place – the debuff it provided was so powerful for your entire party, that Guardian Fighters HAD to pick it as one of their At-Wills, and it’s never fun to be forced to pick something. As such, we changed the debuff to only affect the casters damage, instead of the whole party in hunting Neverwinter Diamonds. This means it’s still a very useful power for increasing your damage (and threat), but it isn’t a required debuff to make your whole party more effective. It also got a sizeable damage increase, again aiming to make this power fun for the caster to use, instead of required for its easy-to-maintain debuff.