Sebilis is the vast, ancient capital of the Iksar Empire, founded long ago by the Emperor Venril Sathir. From here, the Iksar Empire ruled for many years. Then the serpents, led by Trakanon, came and destroyed the Empire and their capital city, claiming it as their own. Since then, it has fallen into ruins. 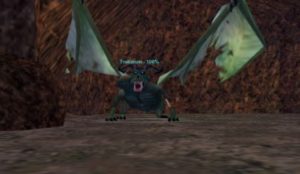 This is one of the dungeons where the entrance is not the same as the exit. Upon passing through the entry portal, you are dropped into the entry room on the first floor. From there, it may seem like a short run to the exit, but it really is not given the powerful inhabitants of the zone. Although there are two portals out in this zone, it is almost a necessity to be able to teleport out in order to do so safely, as trying to make it to these teleports is not at all easy.

Every single one of the monsters in this zone is close to 50th level, and most are more powerful, and anyone fighting here has to be aware that this is what they are facing. Most of the monsters also come in at least pairs especially if you are hunting for EverQuest Platinum, and often in larger groups, so it is essential to have some sort crowd control when fighting here, as well as a good group. Few groups here are less than 50th level, even though it is possible to fight in the entry corridor at a lower level.

One of the other problems is that there are several doors in this dungeon that are locked and require a Rogue with a substantial Lockpicking skill in order to open. These areas that are cut off by a locked door include the Crypt Area and the area with Trakanon in it, so if you want to go to those, be sure to bring a Rogue along with you. The door leading to Trakanon can actually be opened without a Rogue, so it isn’t as difficult as it first seems.

Trakanon resides deep within the dungeon in an open-aired cavern. He is waited on by his assistant Tolapumj, and they are both exceedingly powerful monsters to try and take down, although they also drop some of the best equipment in the game. The other problem with fighting them is that the area around where they are is very tricky to navigate because of the water nearby, so fighting here is more of a hassle.