The Emerald Jungle is a vast, beautiful, and dangerous jungle. It is separated from the rest of the continent by a large cliff where it is sunken into the earth. An ancient city, its name long lost, lies hidden in the twisted trees. 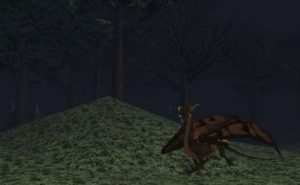 Hunters of EverQuest Platinum are lurking in this forest to hunt the beast living in this zone. There are items you can farm in this zone and ExP as well.

Danger Zone of the Forest in Hunting EverQuest Platinum

The jungle is a vast, open area in which to hunt. The only thing truly dangerous in the zone is the large number of aggressive monsters that walk around the zone. Virtually every monster in this zone will attack anyone on sight, and most can see through invisibility to better do so. Given that the jungle is typically pretty dark and has a large amount of foliage and ruins, this makes seeing these creatures before they jump you even more difficult. Of special note is that there is a dragon named Severilous that wanders the lower level of this zone, and given the limited amount of visibility, should be something people scan for on tracking if they have it at all times.

The only danger associated with the geography of the zone is the huge cliff that runs across the western half of the zone. This divides the zone very roughly into areas of weaker monsters (on top of the cliff) and tougher monsters down below, although there is a lot of overlap. Do not think this is a hill! If you run off of it, you more than likely will die painfully.

EverQuest Platinum and other Benefits in this Zone

The jungle is a fairly open and much underhunted zone. Most people are here either on their way to or from the City of Mist that lies within it. The zone, however, is a relatively safe area to hunt with a wide range of monsters. It is possible to kite monsters here, since in most areas away from the larger groups or ruins the monsters tend to be scarce. There are also ample areas to pull monsters to the edge of the cliffs if that’s more to your liking.

There are also a few areas with static spawns, and these are the iksar outcast camps, which are filled with, you guessed it, iksar outcasts of various sorts. Two of the three of these are along the walls of the jungle, and the iksars within are some of the lower level monsters in the zone, good for a group in the mid-30’s.