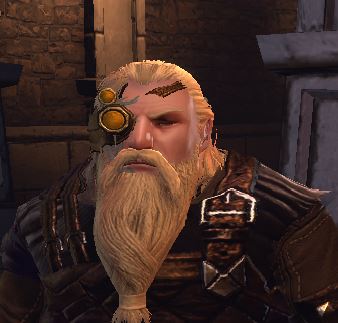 Professions are the crafting skills in Neverwinter. Professions provide a way to make armor and/or earn currency, items, and experience. Unlocked at level 10, the profession system involves hiring Craftsmen and sending them out to perform tasks. A single craftsman for each profession can be acquired by performing a simple five-second task. These tasks take up a certain amount of time, though there is an option of spending Astral Diamonds to complete a task instantly. All of this is done through the Professions window.

Weaponsmithing was introduced on August 22nd, 2013 in conjunction with the release of Module 1, “Fury of the Feywild.” It is a profession where Smelters and other Weapon smiths are managed to perform various tasks. The focus of this profession is on the creation of weapons for the Hunter Ranger, Great Weapon Fighter, Guardian Fighter, Trickster Rogue, and Oathbound Paladin.

The Task: Those available at all times to a Weapon smith of sufficient level. Rare tasks are available periodically. When a player first accesses the professions dialog in-game or in the Gateway after having been away for more than an hour, a limited selection of rare tasks are made available by the system, remaining available for one hour. At the end of the hour, if the player is still logged in, the system generates a set of new rare tasks to be available for one hour. Where a task requires a Person, a higher rank may be used instead of the Asset that is called for in the task recipe; example is an Assistant Weapon smith can be used instead of a Smelter or a Grinder when one of the lower tiered persons is required.