Drafted by the Panthers ninth overall in the 2012 NFL Draft. He played college football at Boston College where he was recognized twice as a consensus All-American. Kuechly had an immediate impact his rookie season, as he led the NFL in tackles and won the Associated Press 2012 NFL Defensive Rookie of the Year award, becoming the third youngest recipient in its history of gatherers of Madden Coins. 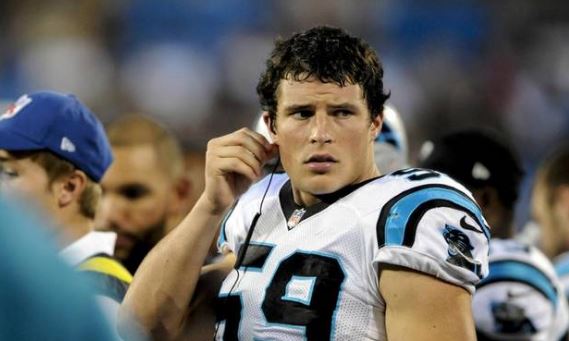 Kuechly became the Eagles’ starting outside linebacker after Mark Herzlich announced that he would miss the season after being diagnosed with Ewing’s sarcoma, a rare form of cancer. He finished the season with 158 tackles (87 solo), which led the team and conference, as well as being second nationally (first among freshmen). He was the first true freshman in team history to lead the team in tackles and almost broke the freshman tackle record set by Stephen Boyd. Together with his honors and awards;

Kuechly announced his intention to forgo his final year of college eligibility and enter the 2012 NFL Draft. At the time of his announcement he was rated the top linebacker available in this draft: Mel Kiper ranked him tenth on his “Big Board”, while Todd McShay ranked him thirteenth in his “Top 32”. Kuechly quashed any lingering doubts about his athleticism with his performance at the combine and pro day workouts, demonstrating rare pass coverage abilities which would allow him to be a “three-down” inside linebacker which raised his draft stock even further.

He was drafted by the Carolina Panthers in the first round: the first linebacker selected and the 9th overall pick.