Trinity mainly plays a support role, preferably staying back from the front lines. A Trinity player should stay around long range weapons as opposed to close ones, to take advantage of her abilities. Due to the nature of Trinity’s primary abilities, which requires allies to hit a tagged target for a certain boost, Trinity plays best against single strong enemies or bosses where her buffs can last longer and possibly affect more teammates. 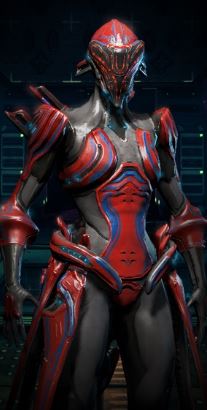 Any teammate that attacks the tagged target gains their own benefits without sharing with the rest of the team. In other words, Trinity’s abilities are more effective against more resilient enemies and in hunting for Warframe Items.

Trinity’s first ability uses 25 energy to create a Well of Life on an enemy, granting health to any teammates that attack it, yourself included. Upon doing so, the target will light up the vicinity with a bright green glow. The main goal of this ability is to heal. A good Trinity player should be pressing the squad key (default ‘Z’) at regular intervals to keep check on her teammates. In addition to healing teammates, Well of Life is also good at keeping Trinity alive.

Trinity players tend to use Well of Life often because Trinity’s health and shields are capable of depleting quickly as she only has an armor base of 15. The Well of Life range is extremely long but not infinite.

Before [Update 9.8], Trinity’s Well of Life was not used as much as her other abilities, due to the small amount of life available per cast and the short lifespan of enemies. When used, it was cast on bosses and heavy units. As of [Update 9.8] Well of Life’s duration are buffed to last ten times longer.

In supporting your allies in fights doesn’t mean you don’t get the credits and Warframe Items. If you are struggling in hunting them, why not give these marketplaces a try and look for the offer that suits your budget. Get along with the members on marketplaces to get the right deals for you.